The working principle and basic concept of multi-head combination weigher

[Abstract]:
Computer combination weigher is not only a great blessing for Chinese food enterprises, but also promotes the popularization of quantitative weighing packaging system in domestic production.

The development of computer combination scale has been going through a long period at home and abroad.

In the 1970s, stores in China sold all kinds of bulk goods without pre-packaging. Store retailing was on-site manual packaging, on-site manual weighing and on-site manual pricing. In the 1980s, the company introduced the advanced electronic scale technology from abroad and developed the electronic scale that can automatically weigh and price. But this kind of valuation scale should be a manual packaging measurement. If this method is used in the packaging line of the production enterprise, the measuring speed is less than 10 times per person per minute on average, and the packaging efficiency is low. In order to improve the measuring speed, in the second half of the 1980s, a single bucket electronic packaging weighing machine with vibrating feeding mechanism was developed. However, the scope of application is narrow and the requirements for particle uniformity are high. 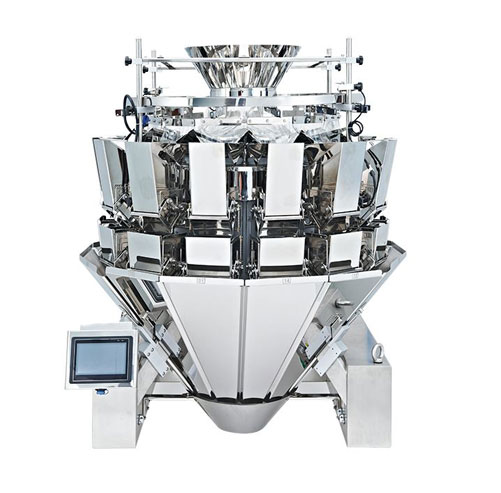 In the 1980s, with the development of chemical industry, the need to quantitative packaging of non-uniform granular materials, and food manufacturers to meet the requirements of customers for packaging appearance and health, needs to have the operation is simple, has the function of automatic quantitative weighing, can seal all kinds of non-uniform particles with massive objects and high-speed measuring instruments. At this time, the world introduced a multi - bucket weighing, weighing through the computer to achieve intelligent random combination of computer combination scale products.

How does a combination weigher work?

1. Material flows in the in-feed

2. Distributed through the dispersion feeder and radial troughs

3. Stabilised in the pool hoppers

4. Weighed in the weigh hoppers

6. Slug of snacks then discharged into packaging solution. 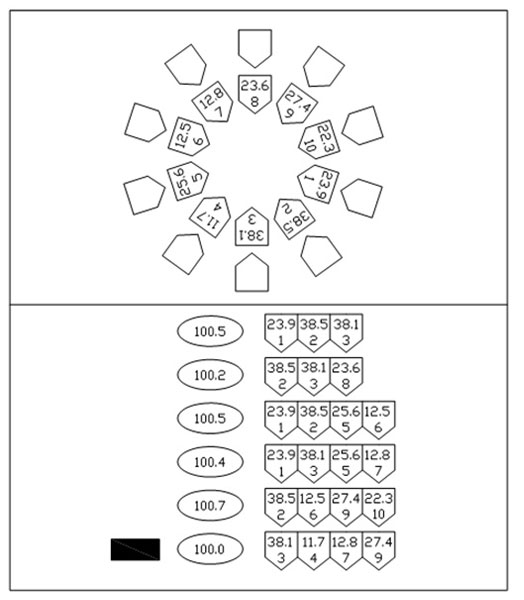 The main feature of the computerized combination weigher is that multiple weighing buckets are fed at the same time. For example, when the number of weighing heads is 14, 14 weighing hoppers are added at the same time. Due to the uneven nature of the materials being weighed, the weighing weight of each bucket has a considerable deviation. In actual operation, the first is 14 bucket loading at the same time, the time A portfolio for three of the 14 bucket bucket feeding, the remaining 11 bucket again on the second combination B, third from the remaining eight dou plus A feeding after three bucket fill material, which is the third C 11 bucket combination, or the next 11 bucket of fourth D... . Generally, the execution time before and after the program of a single weighing bucket is about 1200ms, among which the combination time is about 200ms, and the total packaging speed can reach over 80 bags/min. If the structure of double scale, with memory bucket and 20 weighing heads is adopted, the total packaging speed can be up to 240 bags/min.

The scale range of computer combination scale is larger than quantitative automatic packing scale, and it is easy to cooperate with various packing machines. Greatly improved the efficiency of packaging, more suitable for the needs of modern production management.

Previous article:
What problems you should notice and deal with when packing frozen food
Features and maintenance of sauce packing machine
Next article: